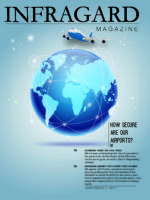 “Dear Fake Patriots…You are facilitating one of the worst crimes against humanity the world has ever seen.” — Karen Stewart