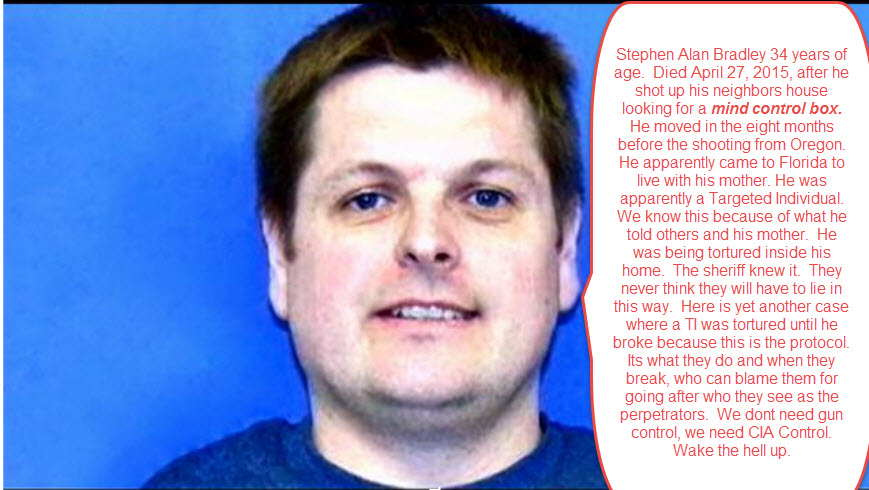 Everyone knows that Myron May was the FSU shooter who was tortured until he had a psychotic break and shot three people in the Stroser Library on the Florida State University in Tallahassee Florida.  But how many know of the Poincianna Florida Shooter Stephen A Bradley on April 27, after Myron May.  Here are the headlines of the local paper, but you probably never saw them because it was a blip on the radar and quickly forgotten.